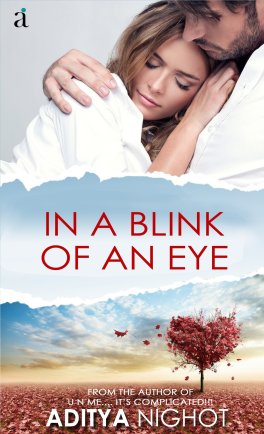 One Liner : A bitter sweet tale of five friends and a surprising twist in tale that changes all of their lives.

The tale begins with the story of a character named Aadi who tells his story in first person, and who is a striving author and his friends enjoying a little party post his first novel release. They are medical students in their first years and were having the time of their lives. Soon, they get to know about a murder in town from the television in the restaurant they were in. Soon, Aadi and Nikhil found themselves in the police station. They were hesitant at first, but Aadi’s urge to get to know about a story forced him to poke his nose around. They tried talking to the constables to get a meeting with the head policeman.

With a lucky strike of events, one of his friend’s father happened to be the friend of the new ACP in the police department of the area. After a little convincing, they finally got a meeting with the ACP. They got to know the story about the murderer named Rohit. He was on a killing spree, first killing a man named Rohan and then Ajay.

The structure of the novel now changes from Aadi’s first person to Alok who narrates to them the entire story of their lives at the college from the first day. They were roommates, Rohit was a handsome looking guy with all the features necessary to woo any girl. The story progresses as he finds a girl named Aaisha and falls in love with her at first sight. He becomes her friend, slowly turning her and then finally proposing to her, which was happily accepted. Sometime later, Alok finds a woman for his life too in the form of Kriti.

It would be a shame to reveal any more of this story in this post. Do read and find out!

A very good novel, with a mix of everything from romance to thrill to suspense.

Honestly, I found a few grammatical and structural errors but nothing apart from that.

This book can be found on Amazon.

Up next, in some time is The Bogus Read by Divyamaan.